Avery Silman is a common rancher, but that wasn’t always the case. After obtaining some unique abilities, Avery spent a brief stint being a hero under the moniker Isom in the city of Florespark, Texas. Realizing that it wasn’t for him, he walked away from this life. But after responding to a call from his sister, some violent altercations ensue and has Avery reconsidering his approach. What happened? Grab Isom #1 to find out! *Items will ship August/September 2022* and *Yes, there’s INTERNATIONAL shipping*

The Rippaverse is FINALLY here and Isom #1 is the perfect comic book to launch it. Written by the founder of Rippaverse Publishing, Eric July, this book not only serves as the beginnings of a new character, but also as a launching pad for what will inevitably be an ever-expanding comic book universe. With pencil and ink work from industry veteran Cliff Richards and color-work from Gabe Eltaeb, this book could only be an intriguing, explosive experience. Letterer Eric Weathers applied his undeniable touch to help bring this 96-page book to life. So, what is it all about?

Avery Silman was once an entry-level hero known as Isom in the city of Florespark, Texas shortly after gaining his special abilities. A certain event had him hang up his suit, and now he stays on the outskirts of the city, living as a rancher.

Avery’s sister, Altona, gives him a call and wants him to visit an old friend by the name of Darren Fontaino. Another family friend that was interning with Altona has gone missing and she last heard that she was dealing with Darren. But Darren has much changed since he was hanging out with Avery when they were young. He’s a cold-blooded shot-caller and one of the most feared men in the city.

This visit turns into one of the longest days in Avery’s life. Around these parts, people call ‘special beings’ Excepts. And unfortunately for Avery, he has the luxury of running into some of them. The Alphacore and Yaira have their own set of conflicts. A man built like a tank by the name of Santwan reappears and he’s had previous confrontation with Avery. So what happens with Avery and Darren’s meeting? Who and where is the family friend? Just grab Isom #1: Ill-Advised Pt. 1 and find out for yourself!

There are various items that you can purchase throughout the duration of the campaign. You can save money if you bundle them together with our various packages. But get them while you can. Some items are limited in quantity while others are only unique to this campaign. Here’s all that we have available for you:

Enjoy some interiors from the book: 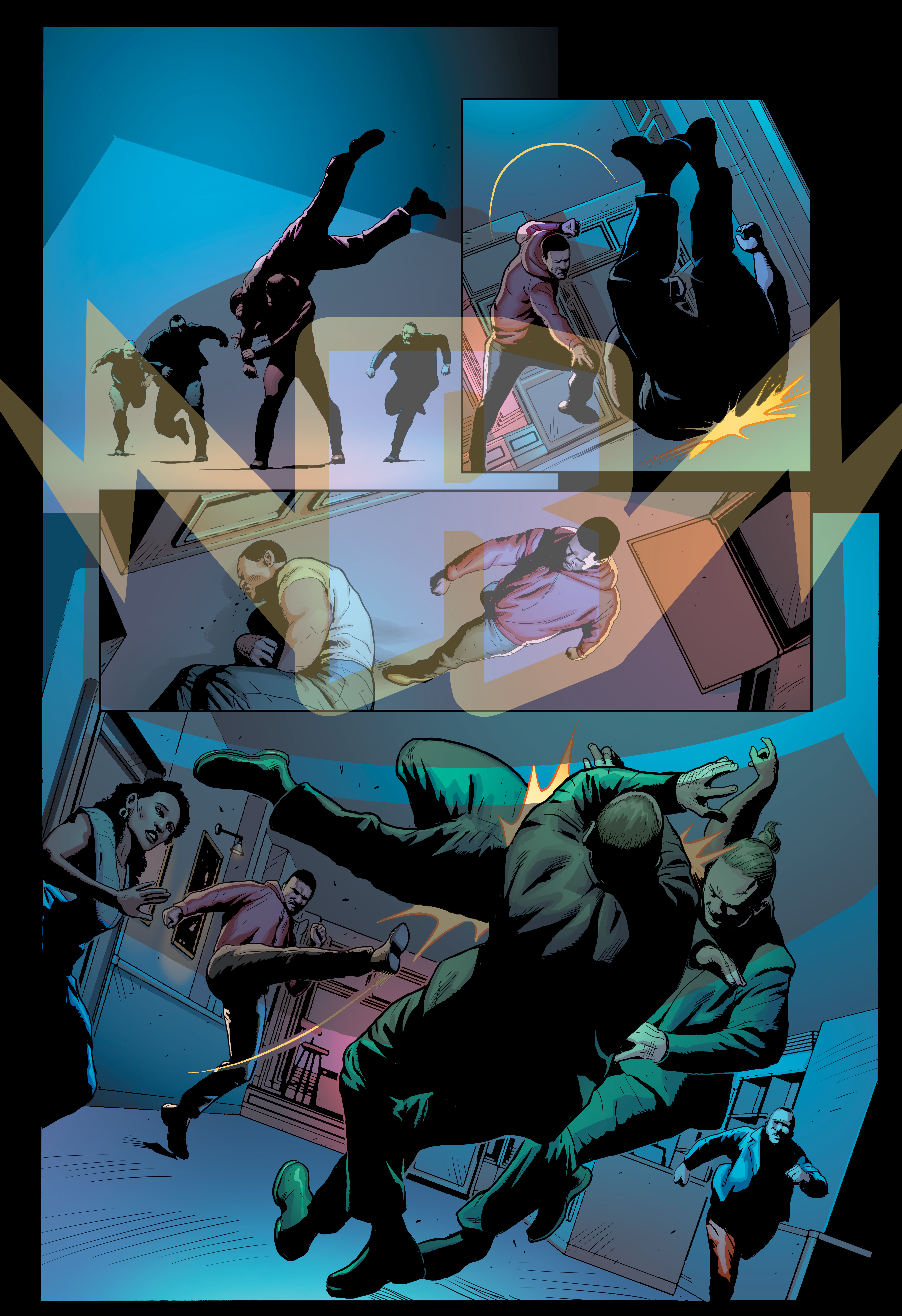 Putting the industry on notice

A NEW item will be added to the campaign

We're buying a cargo van for the orders!

Two more GUARANTEED campaigns by the end of the year

All part-time Rippaverse employees are converted to FULL-TIME

Reveal of the team involved in the next project.

🚨 RIPPAVERSE FULFILLMENT UPDATE 🚨
Thank you all so much for the patience and support that you've shown for this first campaign!
We are thrilled to announce that the official first day of fulfillment is Monday, SEPTEMBER 26th!
With our reinforcements, we should be able to get a minimum of 4,000 orders out per day.
As a reminder: orders will be fulfilled on a first-come-first-served basis with exceptions for order and merchandise errors that have been submitted via Help Beacon.
We're hyped to get these into your hands!

GO TIME is right around the corner!

- Within the next two weeks, fulfillment will begin as the last books arrive in the warehouse and get signed by Eric
- Our productivity should be a minimum of 4,000+ shipments sent out per day Thank you all for your support and patience.

As of Monday, September 5th, we are no longer accepting address changes as we begin to move into the fulfillment stage of the campaign.

Rippaverse hats and Yaira T-shirts are now available in the campaign store!

NOTE: Items will be shipped in the latter half of August/early September.

We sincerely appreciate everyone's patience as we work through your tickets. A few quick notes that will help us help everyone better:

1. If you are still waiting on a ticket, please do NOT submit another. We are working from the oldest to the newest.

2. When requesting cancelations, shipping details corrections, etc., please include the order #'s and the specific desired corrections to expedite the process.

Thank you all so much for your unbelievable support and your understanding!

Only logged in customers who have purchased this product may leave a review. 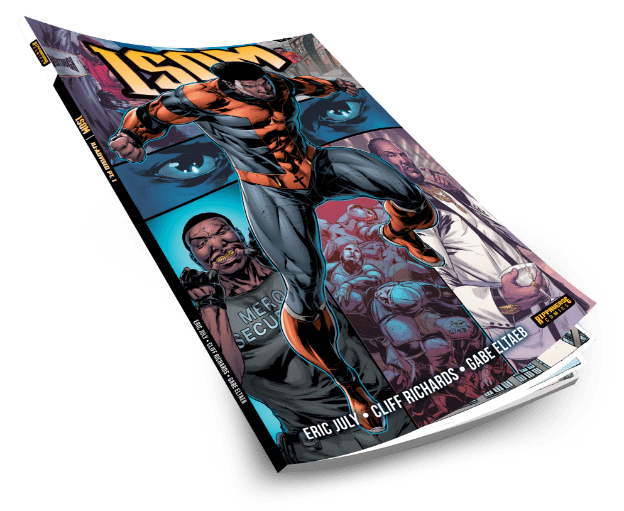 STAY UP TO DATE

Remember: Some of our items are limited in quantity. If you want to be the FIRST to know of upcoming campaigns, exclusive deals and other Rippaverse news: 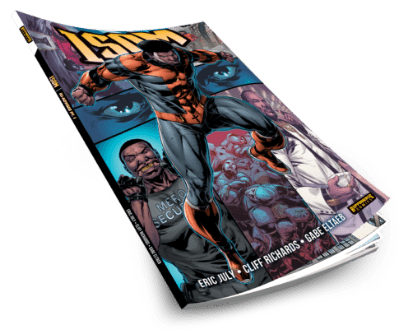 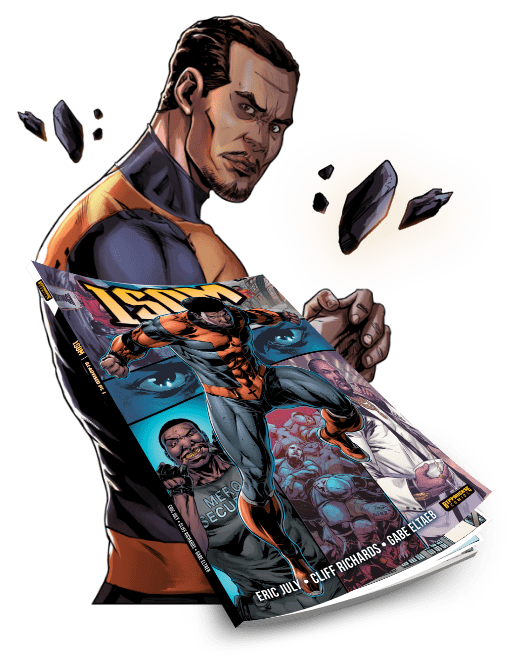 GET NOTIFIED WHEN WE RELEASE NEW CAMPAIGNS.

We are committed to having an open and transparent policy with regard to your privacy as it relates to your use of our Services. These terms govern our use of any information you provide to us while engaging with us, whether for Services or otherwise. At any time, if you have any questions please do not hesitate to contact us directly. We’re here to help.

We may update this Policy from time to time, if we do, we’ll let you know about any material changes, either by notifying you on the Site or by sending you an e-mail. New versions of this Policy will never apply retroactively, but if you keep using our Services after a change, you accept the changes.

By engaging with us for the use of our services, you acknowledge that you have agreed to our Terms of Use and that you have read and understood this Privacy Policy.

What Information We Collect

When you engage us for Services or to purchase Products or use any of the Services we offer or provide, we need to collect and process certain information to effectively provide those Services. Depending on what Service you may use, that information may include your:

Further, in order to provide insight on the improvement of our products and services, we do utilize cookies and other unique tokens to identify users.

Information that is Shared Publicly

In an effort to utilize our Services, your use of the website, without personal identifying information, may be shared with third parties (it is important to remember that at any time, you may request that we discontinue such sharing; always contact us directly for such requests).

Information that is Not Shared Publicly

The following data will not be publicly displayed or revealed to third parties:

Links to Other Websites and Services; Product Purchases through Storefront

Our Product store is hosted on Woocommerce or other similar store as may change from time to time (the “Storefront”), and they provide us with the online e-commerce platform that allows us to sell our products and services to you.

Your data is stored through WPENGINE data storage, databases and the general application and is governed by their terms of use and privacy policy. Typically, they store your data on a secure server behind a firewall, and if you choose a direct payment gateway to complete your purchase, then our processor stores your credit card data, which is encrypted through the payment card industry data security standard (pci-dss) and your purchase transaction data is stored only as long as is necessary to complete your purchase transaction, after which is complete your purchase transaction information is deleted. All direct payment gateways adhere to the standards set by pci-dss as managed by the pci security standards council, which is a joint effort of brands like visa, mastercard, american express and discover. The pci-dss requirements help ensure the secure handling of credit card information by our store and its service providers. For more insight, you may also want to read Storefront’s terms of service or privacy statement which can be found on their respective sites.

Rippaverse Publishing LLC is a United States based company. As a result, your information will be collected and processed in the United States. The US has its own laws governing data protection and government access to such information. The rules that protect your personal information under US law may differ from your home country. If you chose to use our Services, you agree to our Terms and this Policy.

Data protection laws in Europe further require a “lawful basis” for collecting and retaining any of the personal information from citizens or residents of the European Economic Area. Our lawful bases include:

We take security very seriously. The security of your personal data is important to us. Generally, we follow industry-standard practices to protect, collect, and maintain your data. However, no method of transmission over the internet is completely secure, and so we cannot and do not guarantee its absolute security.

Your rights include an ability to access, correct, and request the deletion of your personal information. You can submit all request for access, corrections, and deletions at any time by contacting us directly, in writing, at the following information:

Subject to applicable law, if you are a citizen or resident of the European Economic Area, you also have the right to a) object to our use of your personal information and b) lodge a complaint with your local data protection authority.

Be Canonized in the Ripperverse!